Au revoir – but not adieu

Farewell to the ACT General Director! ACT wishes to thank the out-going GD, Adriaan Jagersma, for his commitment and dedication during his years of service.

Adriaan’s vision for ACT, coupled with his passion to see transformation happen through the work we do in Tunisia, have helped to shape ACT into the organisation it is today.

We eagerly await the appointment of his successor – until then, an Interim Leadership Team has been appointed. This includes Isabelle DEIVARD, Frederique HERRERA and Hannah McBAIN. We look forward to announcing the appointment of a new GD in the near future.

In the meantime, Isabelle DEIVARD has been appointed by the ACT Board in Sweden Interim International Director as well as Interim General Director in Tunisia

Thank you for your continued support of ACT during this time of transition. 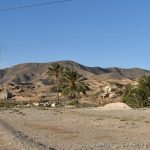 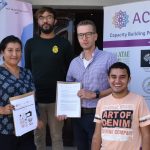