When Maroua was sentenced to prison, she didn’t know that she was pregnant. Young, single, pregnant, and alone, she had little hope for life after serving her sentence, knowing that her family would reject her for her pregnancy.

But hope came to Maroua in the form of a needle and thread and the warm sense of community she found through ACT’s sewing workshops for women prisoners. ACT has been leading sewing workshops in Tunisia’s prisons since 2012.

These workshops give women prisoners a sense of purpose and self-worth. Since 2014, upon completing the course, participants are given a certificate. This certificate, officially approved by the government, allows participants to apply for a loan to start their own sewing business after their sentence.  “This certificate is a treasure to me,” said another workshop participant, who plans to teach her daughter to sew after finishing her sentence.

Workshop participants also get the benefit of getting to have one face-to-face visit with family per month.

“Once they start coming to the workshops they have hope for their future. They start to make plans for what they will do when they get out,” says ACT’s program coordinator. 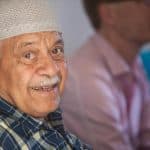 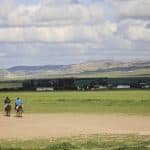 Caring for the Patient and the FamilyStories