When hearing is healing

We asked Project Manager Lesley to share a story of hope she has witnessed over the course of her project. Here’s one story of the transformational work ACT supports through local partnerships.

“Many people have experienced traumatic events and remain stuck in a victim mentality”, says Lesley. “Sometimes they feel guilty for what has happened to them.”

Partnering with the Centre for Defence and Social Integration (Centre de Défense et d’Intégration Sociale – CDIS) in Gabès, ACT seeks to help such people to process what they’ve experienced, and to support our partners to find solutions to their problems.

To help those women. Those children. Those other victims of trauma to rediscover their dignity and self-confidence.

Training sessions are run to promote a culture of healing listening within CDIS, and with those who use the centre. It’s also used among their families, friends and wider communities.

The trainer arrived one morning in order to prepare to brief staff for that day’s meeting. The schedule for the day was set. One mother would share her story, talk about how had the staff had helped her to make changes in her life. She would encourage and support the others by talking about how that had affected her childrens.

Each member of staff would then share how they were planning to work with the children, and how the parents could reinforce their work.

The trainer would then close with stories of hope from her own experience.

One mother shared very openly about her problems. Everyone listened attentively to her. The trainer thanked her for sharing. Her suffering was validated – she was given the value she deserved.

After this, another mother spontaneously started to share her problems very openly and vulnerably, as well as how she had been helped.

One by one, all of the parents spoke up to share. They were listened to. They truly felt they had been heard.

Realising the significance of such openeness and vulnerability, the trainer forwent the planned meeting structure. She adapted instead to sensitively lead the remainder of the meeting in creating a safe place for parents to share their personal struggles more deeply. She was able to really engage and grow group solidity.

As a result of this, some of the parents have committed to helping a mother who had some specific struggles. They now know their input could make a difference; that they are not alone.

After witnessing the depth of sharing and listening, the centre now intend to repeat such meetings every two weeks.

ACT is encouraged and blessed by such testimonies of our work. Thank you to the hard work of all those involved. ACT is very privileged to be able to be a part of initiatives like this one.

Thank you for supporting it so faithfully! 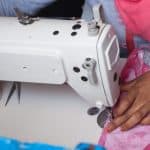 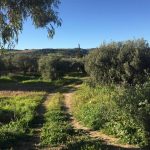